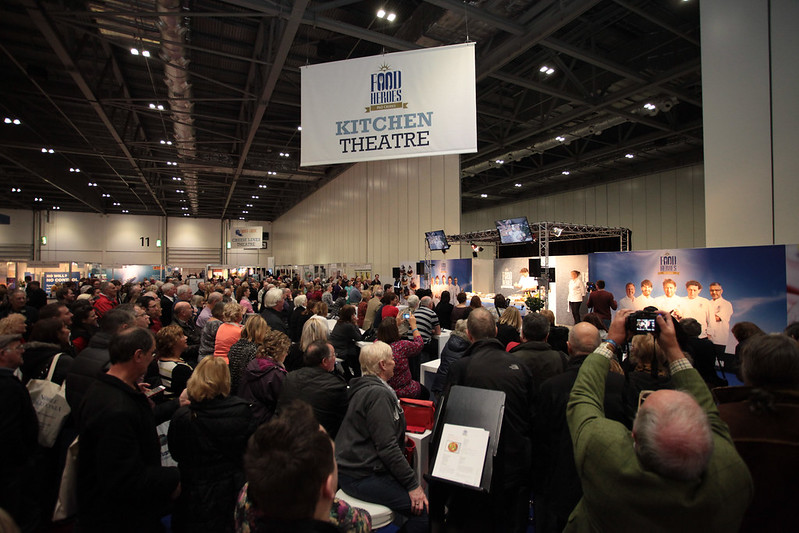 I’ve never been on a cruise. I remember how awed i was at the Star Cruises that had taken India by storm a long time back with the cruise liners all named after the star signs. It was a pretty cool thing at that time and i remember a friends sister and husband went on their honeymoon on the super star Virgo or something and we ooh-ed and aah-ed at how lucky she was. Back then it was so totally a luxury thing that was just beginning to gain popularity.

Whereas now every other person i know has been on a cruise, a lot of them on immensely fancy ones. I most certainly want to go on one sometime in the future, but till then I will have to make do with attending annual events like the Telegraph Cruise Show which i was invited to beginning of this year. It was at the London Excel Centre and spanned over 3 days. The event mostly targeted travel enthusiasts, cruise fans, first timers and anyone who was interested in learning more about cruises. There were a wide range of talks by industry experts, interactive Q & A sessions with travel experts and a lot of offers on cruises which were exclusive to the show. 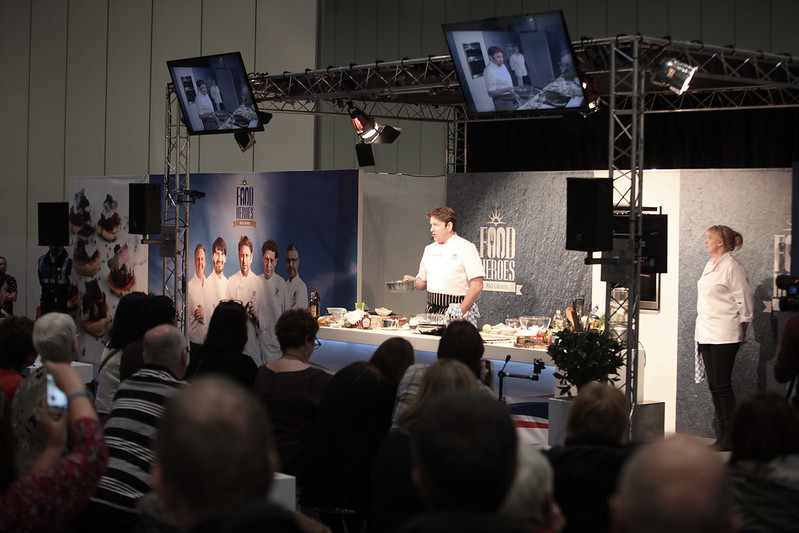 However, from a food enthusiast’s point of view, the interesting bits were the cooking demo’s that were part of the show. P & O Cruises’ Food Heroes James Martin, Eric Lanlard and Michelin starred chef Atul Kochhar put up free live cooking demos along with wine expert Olly Smith who hosted a free wine tasting session. These celebrity chefs, on top of featuring heir own signature restaurants, bars and dining experiences, would be travelling on numerous cruises throughout the year and you will have the opportunity to accompany them on shore excursions, be part of cookery demo’s, and even join them for hosted dinners at the chef’s table. 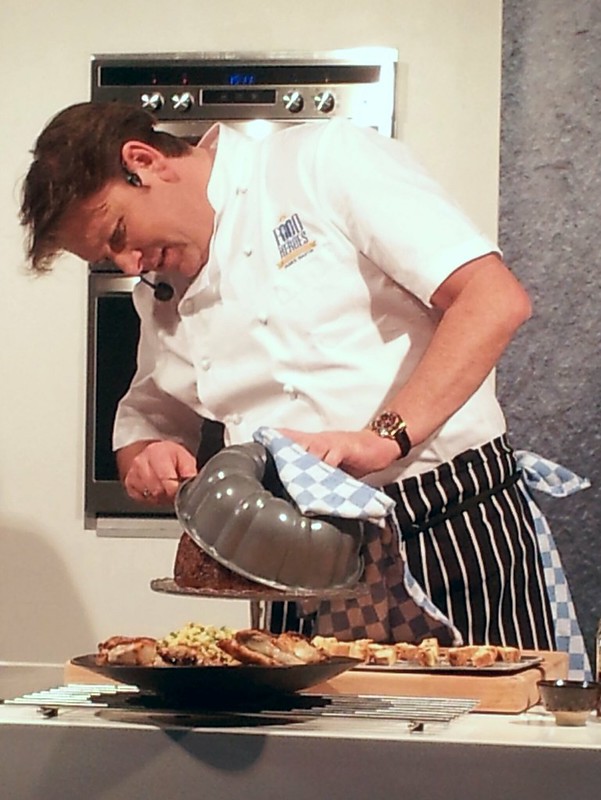 We opted to attend James Martin’s session at the Kitchen and also dragged the husband along, him being a big fan of Saturday Kitchen Live and all. James Martin, who was exuberant all throughout the 2 hours was absolutely fun to watch. He kick started the show with some almond biscotti, followed by a fillet of mackerel with dressed crab, pickled turnips, cucumber and radish. He then showed us how to portion a chicken and to grill it to perfection. He served the grilled chicken on a bed of cauliflower cous cous which I’m soo going to try. The highlight of the session however was the gorgeous monkey bread he baked and served with a snicker bar ice cream. The very thought of it is making my mouth water, and its been at the back of my mind ever since i saw the demo. Its about a million calories with 2 bottles of maple syrup and tonnes of butter, but so totally worth it, i can tell. We were unfortunately not allowed to taste any of the food, but going by how they looked, they were all bound to taste brilliant. 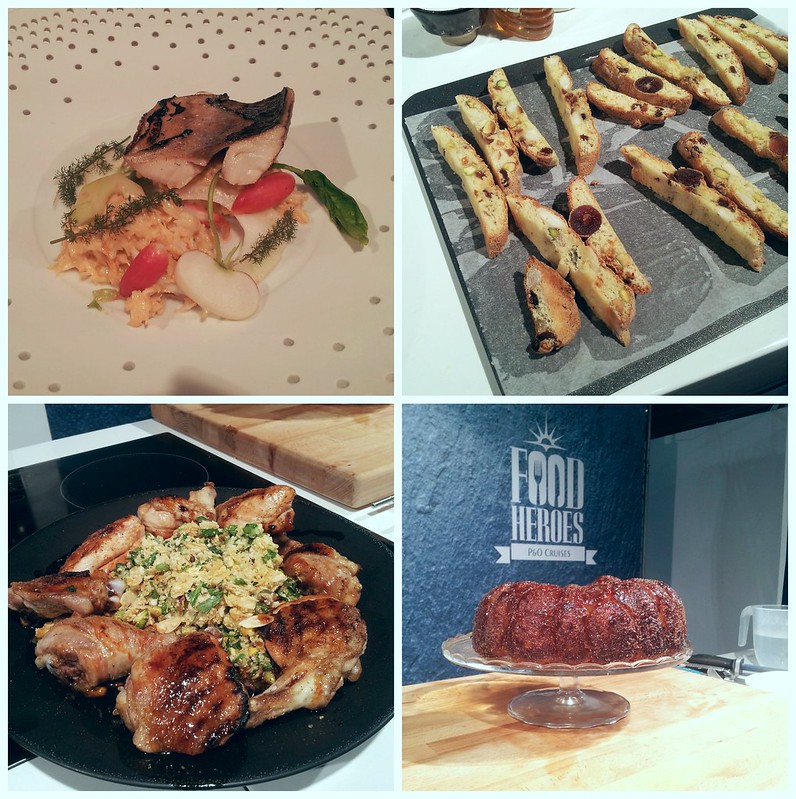 If you do fancy any of the dishes i mentioned, (especially the Monkey bread) i suggest you get on board one of the P & O cruise liners and have it hand made by the man himself 🙂

Thanks to The Telegraph Cruise show for a VIP invite. I thoroughly enjoyed myself 🙂