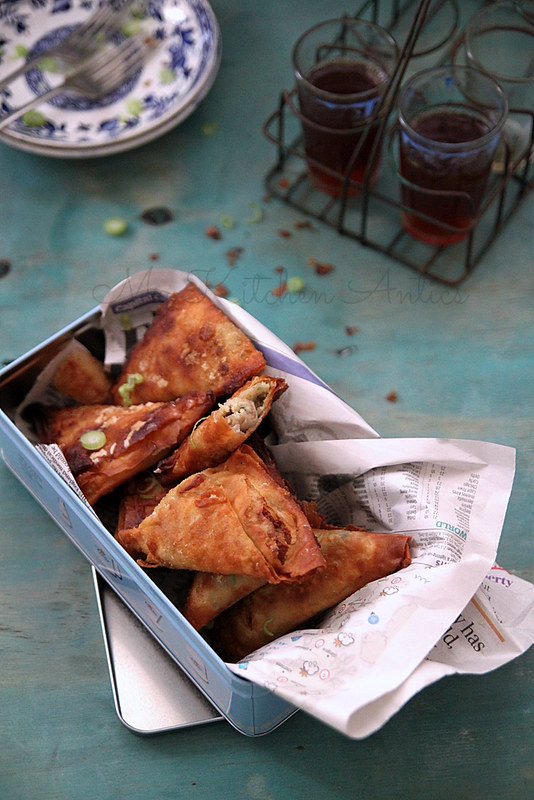 Israeli cuisine is something completely new to me. I’ve been told that the flavours and dishes are mostly fusion in nature with Arab, Middle Eastern and Mediterranean influences, and from the very few dishes I’ve tried from Ottolenghi, I kind of understand the classification. So when i was invited to the Taste of Israel hosted at Restaurant 1701, in the grounds of Britain’s oldest synagogue, I really couldn’t say no. I was completely intrigued by the food that was going to be served and even more the Israeli wines that were going to be paired with the food.

The event was designed to raise awareness of Israeli food in the UK and to break down cultural barriers with the power of food and cooking. WIZO, a charitable initiative brought down 3 renowned chefs who put together the Israeli feast for us. They trained at different WIZO supported institutions and I must say they did a fabulous job. 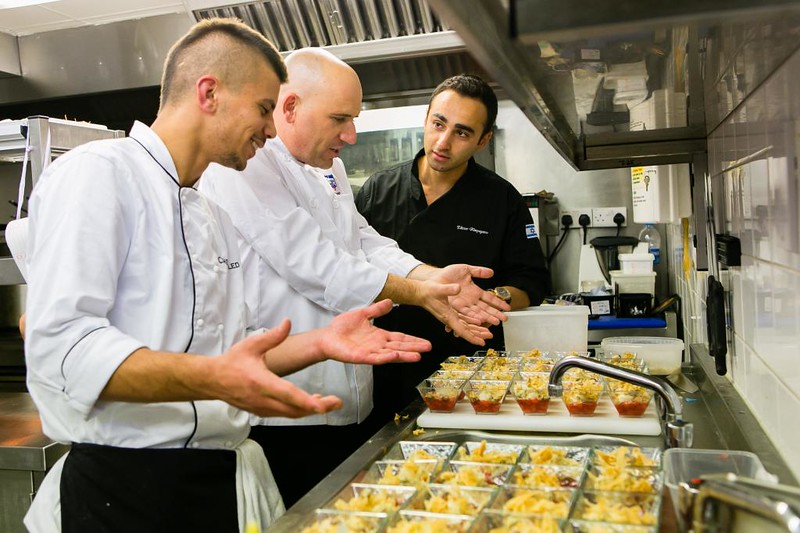 We were served dishes like pickled mullet with tomato nectar, gourmet lamb kebabs, sea fish medley with za’atar and pickled lemon etc., and they were paired with a selection of really good Israeli wines chosen by expert sommelier John Wriss of Kedem Europe, importer and distributor of kosher wine in the UK. My favourite dish, however ,was the halva cream with strawberries, rose water pistachio and kediff which I cant event begin to explain how amazing it was. In fact my mouth is watering just thinking about it. I did get hold of the recipe, but most of the ingredients were really difficult to source and so I thought of giving the Pastille recipe a go.

The traditional pastille is a sweet and savoury fusion dish, more or less like a puff pastry pie. But it was served like spring rolls at the event and I decided to make them like samosas just for kicks. It tasted great with duck, but I was a bit wary about cooking duck at home and so used chicken instead. It was not the best substitute but not too bad either. The ras-el-hanout spice lends a distinct flavour so try not to avoid it. I was about to buy it from the store when my generous boss offered me a small pack of the spice which her mum had brought down from Tunisia. Now it cant get more authentic like that I’m sure. Ive linked to a recipe which you can try, or most of the supermarkets do stock them. I know Sainsburys does.

Pastille with some hot mint tea is what you need to eat on a cold and windy Winter afternoon. 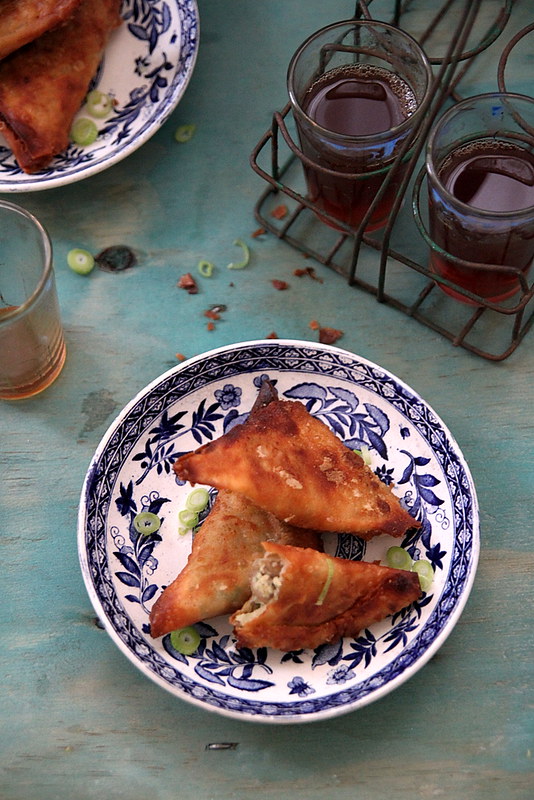 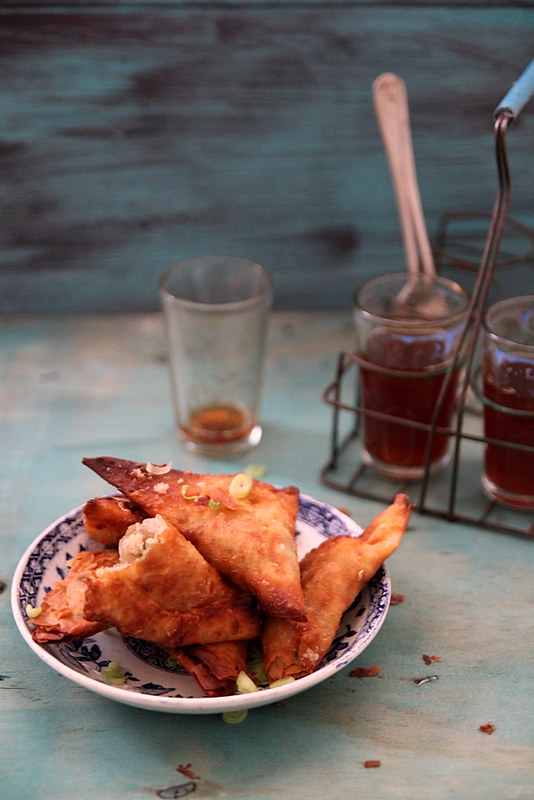 Preheat the oven to 170C and roast the almond slices in a baking tray for about 7 to 8 minutes or till they turn a slight shade of brown. You can do this on a skillet as well. Once done remove from tray and keep aside.

While that’s sorted, heat oil in a frying pan and saute the onions till they become golden brown.

Add the chicken, season with salt, Ras-el-hanout and fry till brown, by stirring on and off.

Pour in the stock, bring to a boil and cook on medium heat for about 6 to 8 minutes or till the chicken is completely cooked and almost all of the liquid is absorbed.

Break the eggs into the pan and scramble for a couple of minutes, until the eggs absorb whatever liquid is remaining in the pan and becomes a crumbly scrambled mixture with the chicken. Make sure this doesn’t get too dry.

Stir in the roasted almonds and coriander leaves and remove from heat.

Mix in tahini and keep aside to cool completely.

Once cool, you can assemble and fry the pastille.

Spread the filo pastry on a work surface and fold over so you get two layers. To make sure they don’t come apart, lightly join together using melted butter.

Put about 2 tsp of filling (don’t over fill it) and roll like how you do a samosa. if its too long, slice off the remaining. If you think rolling it like spring rolls is easier, feel free to do that instead.

Heat enough oil in a frying pan and fry the pastille in batches till about golden and crisp.

Drain on kitchen towels and serve with ketchup or chutney. 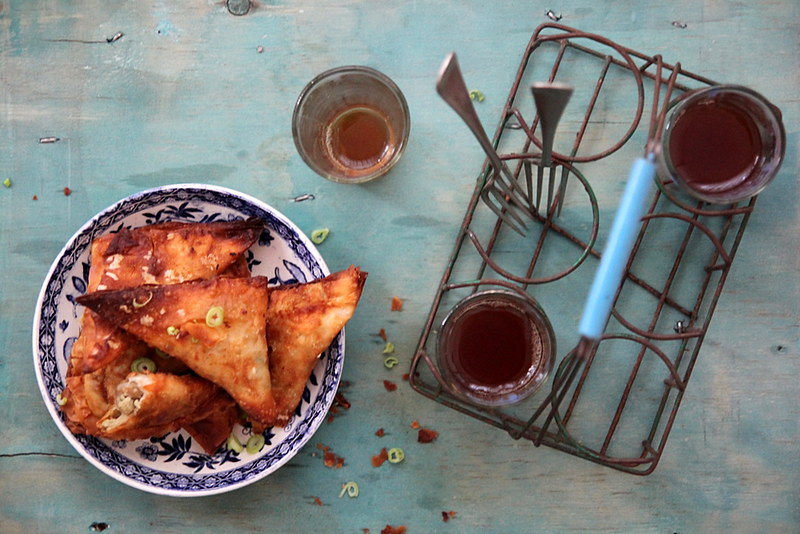 Notes: Original recipe was made with duck slices. If using duck, follow the exact same procedure and measurements, just that duck may take a little longer to cook.

Its not a spicy dish at all. So if you want some kick, add a slit green chilli while sauteing the chicken

Once rolled in the pastry, it can frozen in an air tight container and can be fried directly from the freezer.