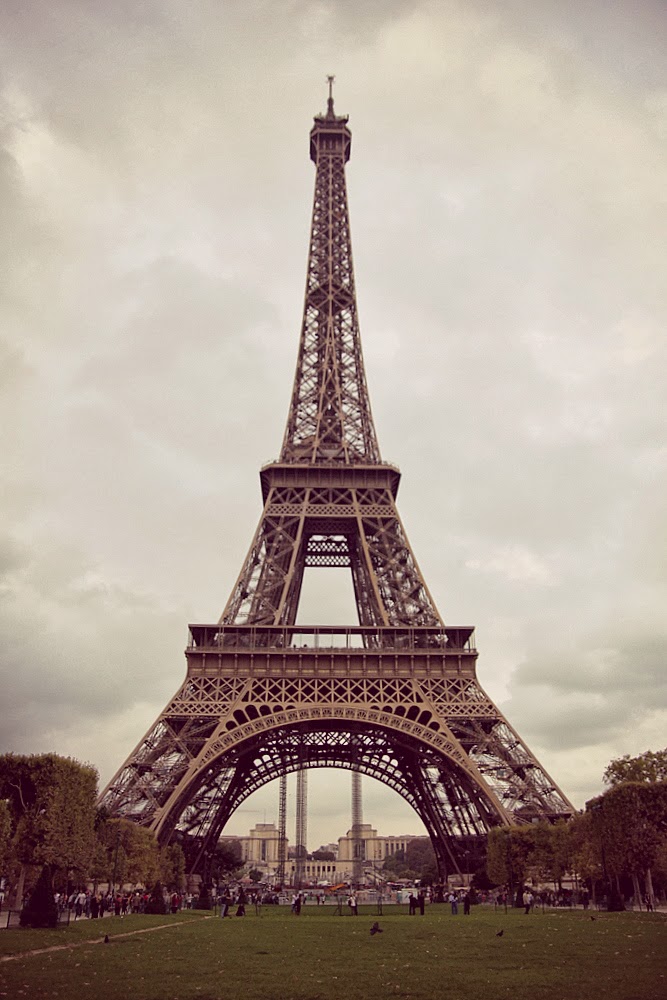 When the husband ditched me on my dream trip to the vineyards of Burgundy region, I was really upset. I whined about it to my friends and suddenly a plan materialised. Ananda and Finla decided to join me and emails started flying back and forth with Paris holiday plans. Its high time I accepted the sad fact that the husband and I have completely different ideas of a holiday, which is good, because then you are not forced to do things we don’t like. The practical thing to do would be to meet half way and decide on something we both enjoy, but that’s lot of work apparently!

I have been in UK for 5 years and have wanted to travel around Europe ever since we came here. I always felt bad for broaching the topic to Ro because I was unemployed and it didn’t feel right. Now that I have started working, I think I can start paying for my holidays and it feels great to be able to do that. Thanks to my blog, I have friends who are equally enthusiastic about travelling and food and it makes the holiday even more fun. I spent 3 fabulous days with the girls and we plan on making this an annual ordeal. Greece is up next and I am going to start saving for it right away.

Our plan was to do a bit of sightseeing, but trying out all the French food we whipped up for the blog, and have become so familiar with, was priority. We also wanted to check out some of the famous cook shops in Paris, known for the copper vessels and pastry making utensils and go crazy there. The vineyard trip was on the list, but we couldn’t make it because travelling there without a car was slightly difficult (and expensive) and so it was replaced with another day out in Paris. 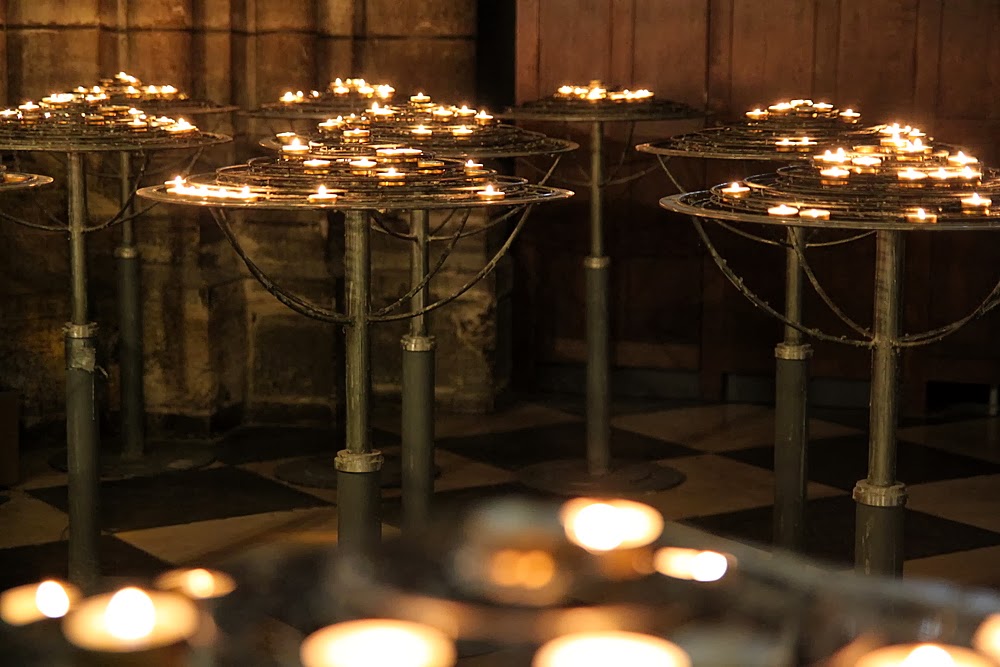 Highlight of the trip was the amazing dinner we had at a quaint French restaurant which Finla found after loads of research. Reservations were made and I cant tell you how glorious the food was. I think I’ll never forget the food I had there. After a bottle of wine and some cocktails, we stumbled back to the hotel past midnight and yapped away, till we no longer could keep our eyes open. Day 2 was relaxed since the vineyard trip was cancelled and so we took it easy and generally roamed around some markets and streets and also went up the Eiffel tower. Day 3 was spent at the numerous cook shops and we went crazy seeing all the cooking utensils there. They were expensive so we had to choose and select what we really needed. I can still see Finla’s excitement at having bought authentic canele moulds- copper ones at that- which would be like a family heirloom 🙂  We also wanted to check out the famous Sabre Paris store but Monday was their day off (which we painfully found out only after visiting 2 locations) and so that didn’t work out, much to Ananda’s disappointment as she was planning to go crazy with prop shopping there 😉

In all honesty, Paris failed to amaze me with regard to the city. Its beautiful alright, but when you actually travel around like the locals you’d see that the metros are terribly dirty, smelly and the number of homeless people sleeping in the stations and people begging were scary. Food, I must admit was fabulous- the crepes, the croissants, the pastries and the wines would never be forgotten. I didn’t think it was crazy expensive but of course it depends on where you eat. If you stay clear of the touristy areas (which we decided we would) you wont be bankrupt. I found the French people very very helpful, We’d be standing on the pavement with our maps open and there would be passers-by who would tell us how to get to a place. They’d correct the way we were pronouncing names and generally strike up a conversation. This would have usually irritated me (me not being social and all), but when you are in a foreign country, it somehow makes a difference.

Back to reality after 3 great days, and dreaming of our next trip to Greece. Thanks girls for coming to my rescue when I was down in the dumps and making it a memorable holiday. 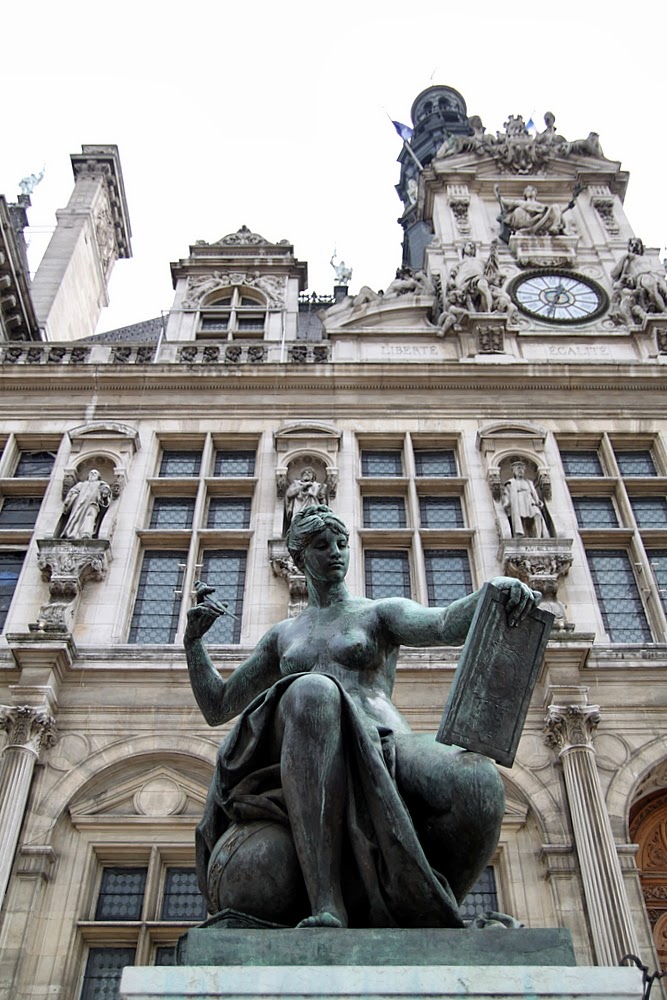 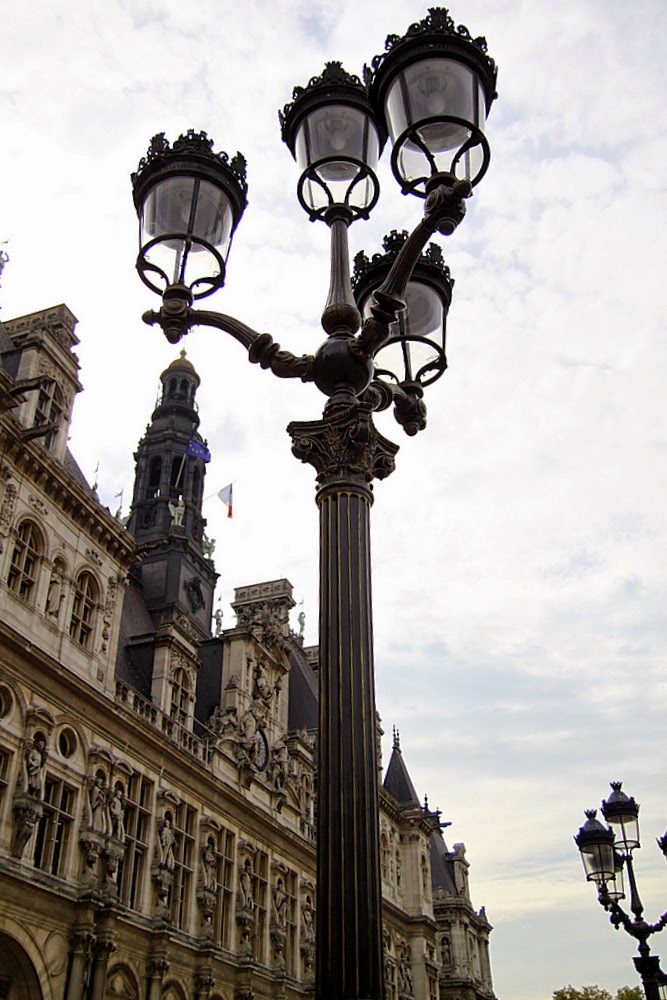 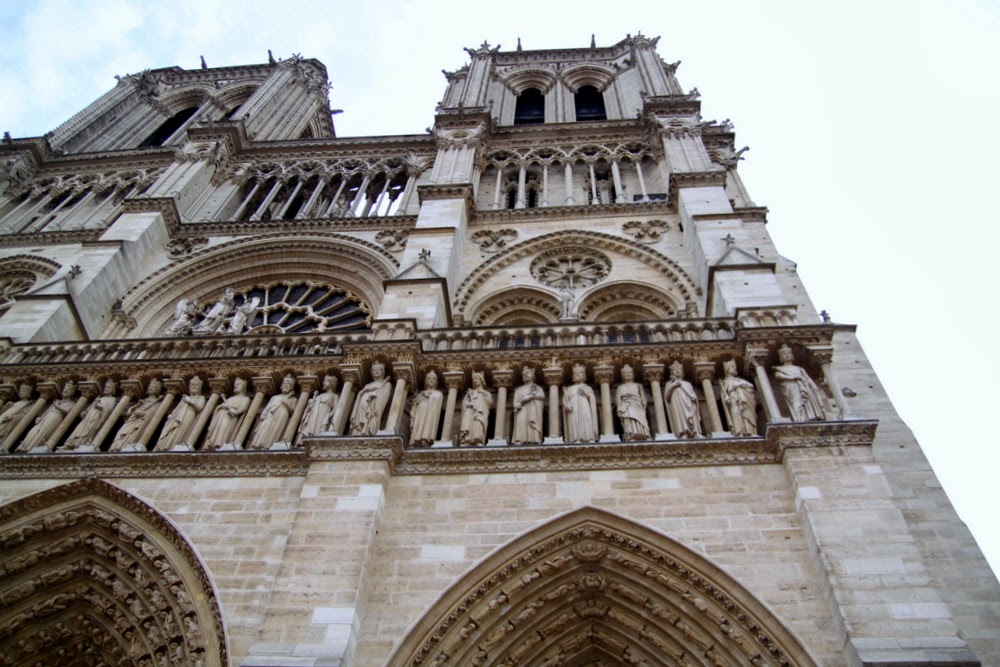 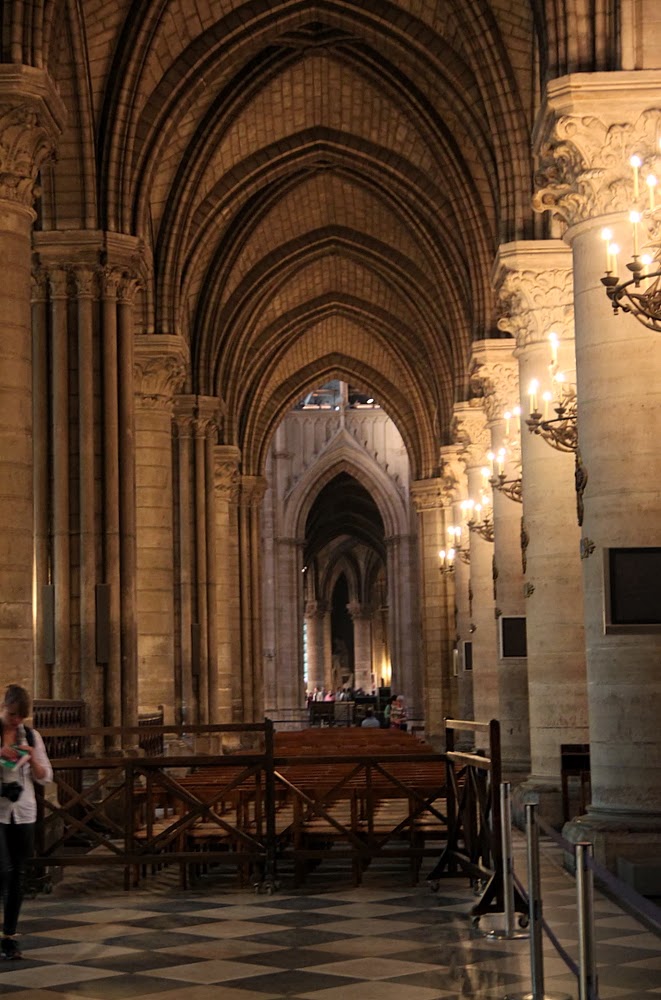 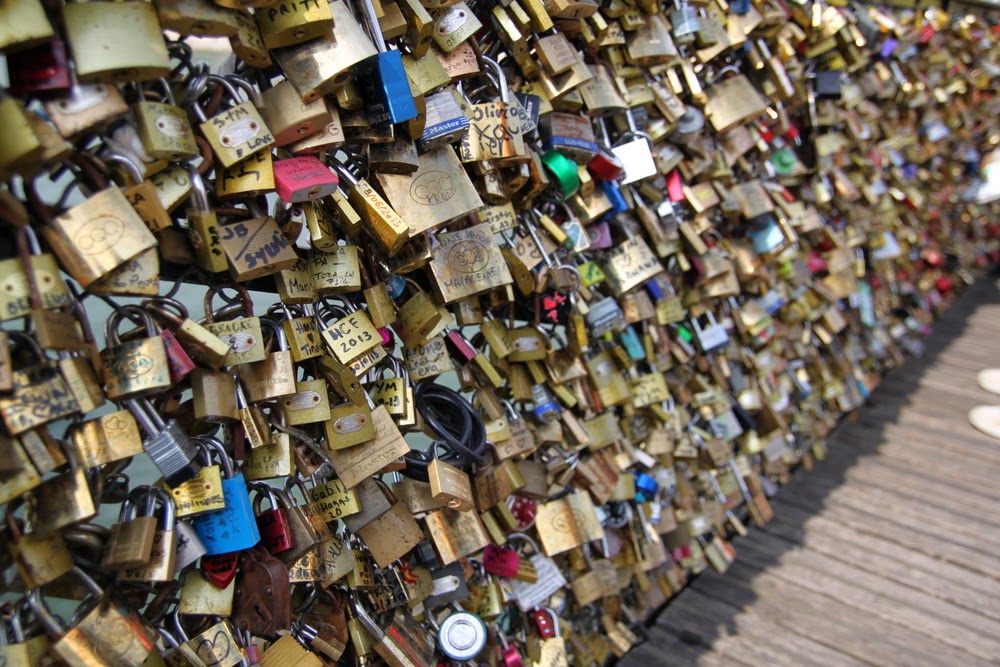 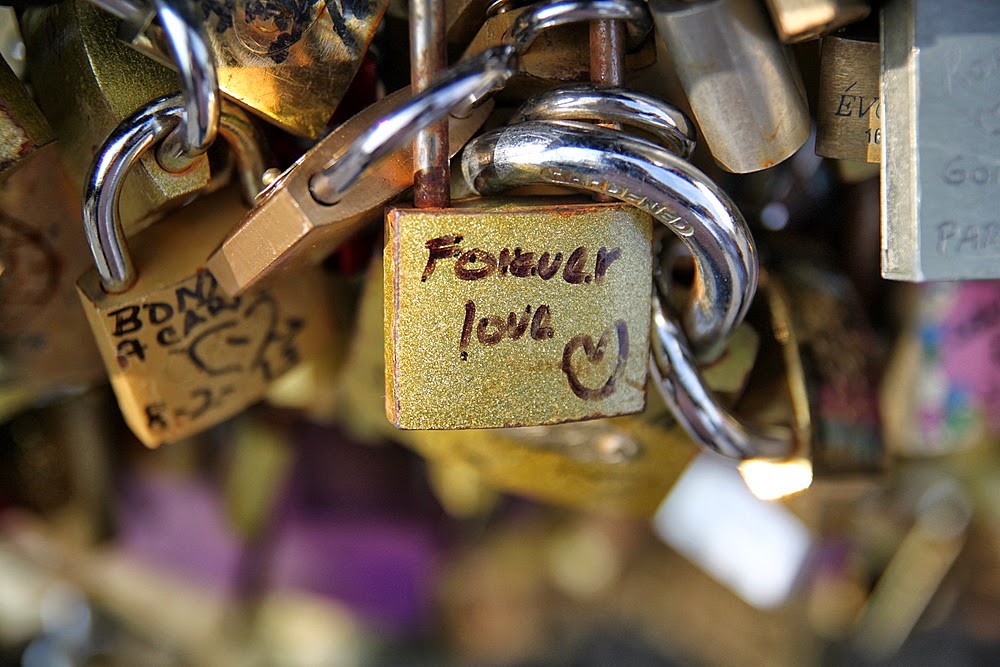 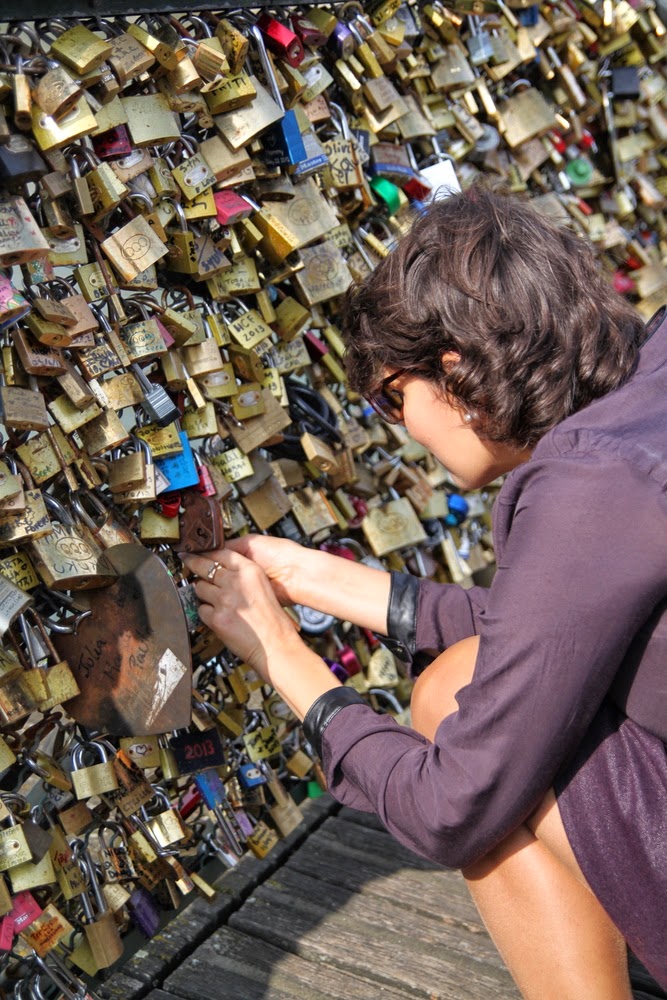 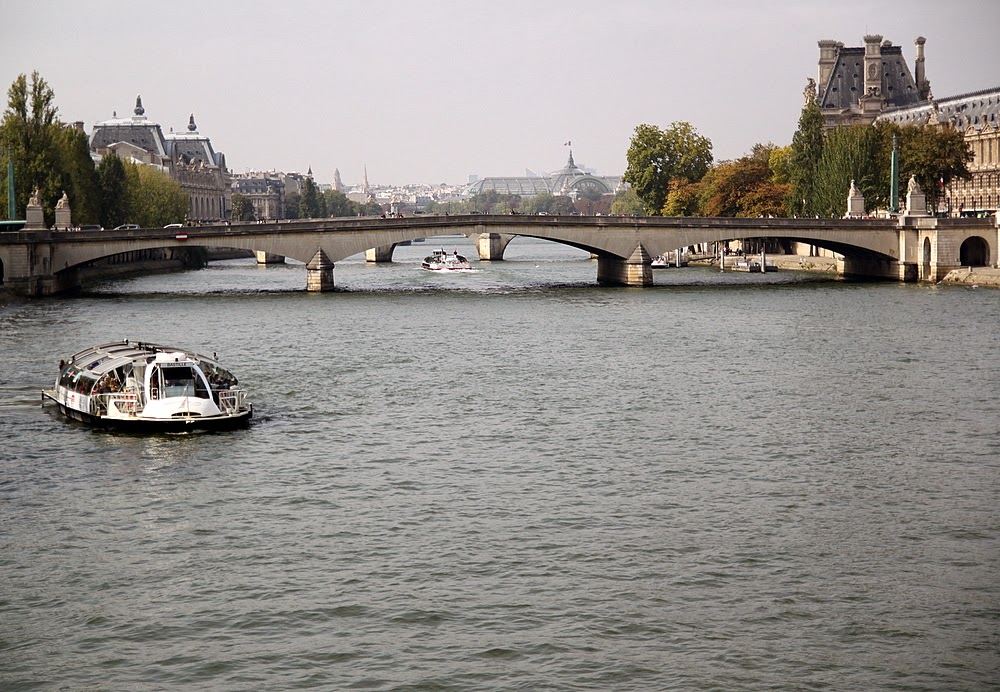 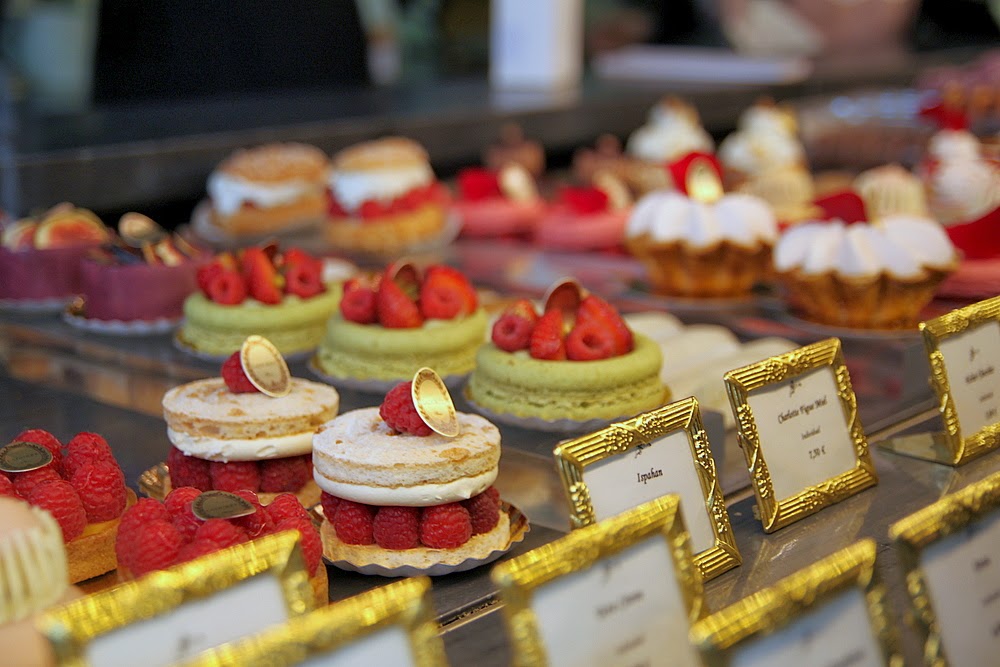 We picked up a few macarons from Laduree, my favourite being the pink peppercorn. 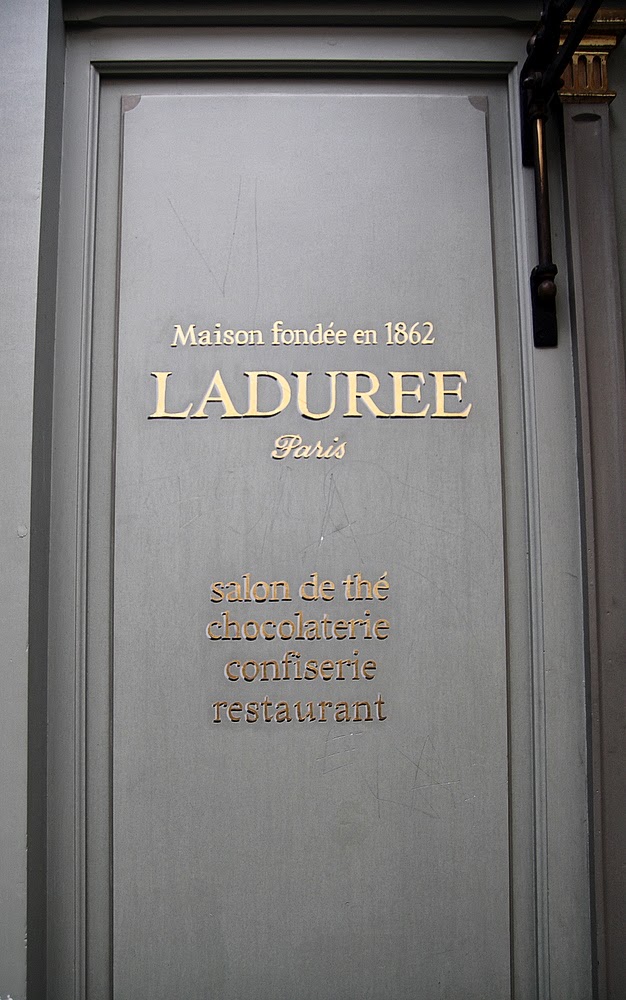 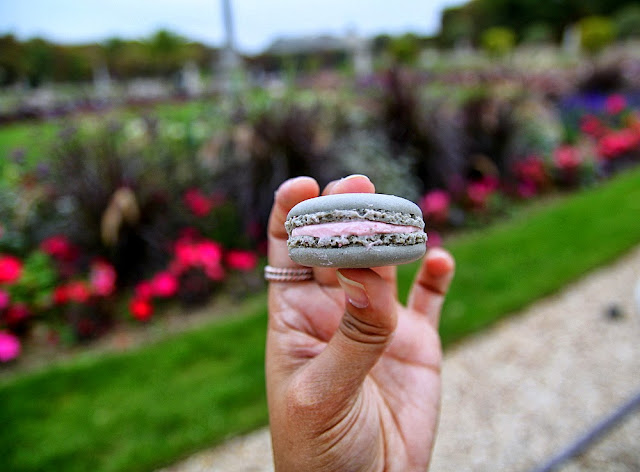 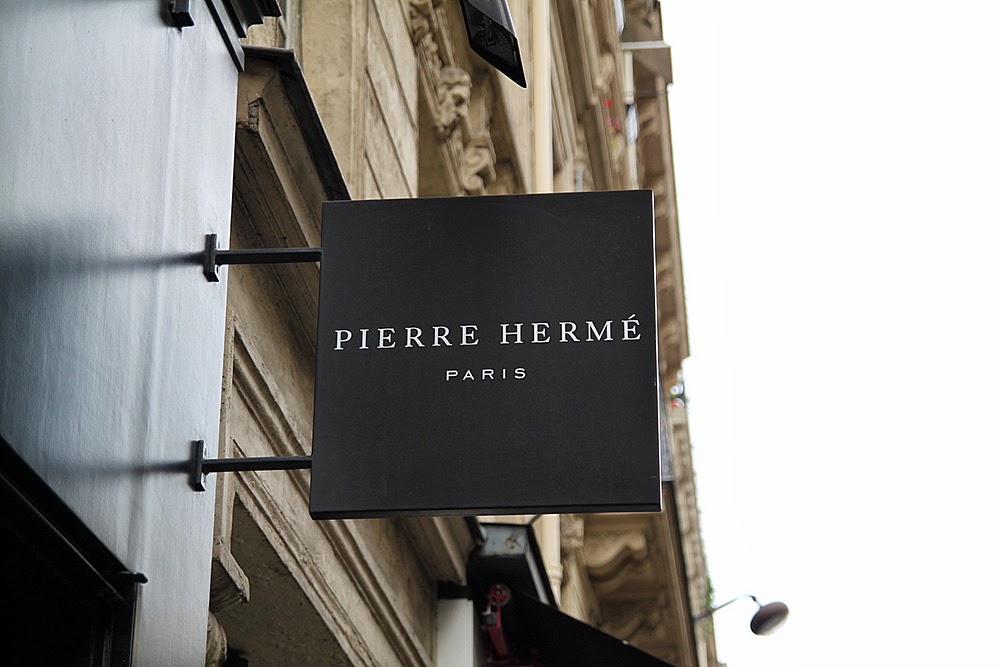 Of course we checked out rival Pierre Herme as well. I must say, I preferred L’aduree better 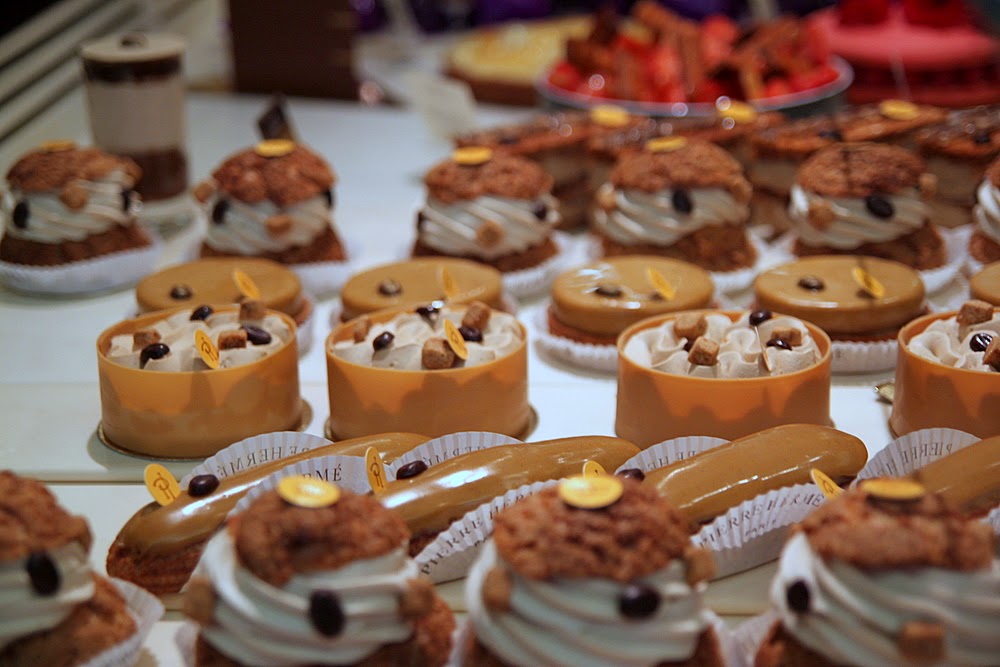 Jardin du Luxembourg where we enjoyed our macarons. Of course we only saw the main fountain area. 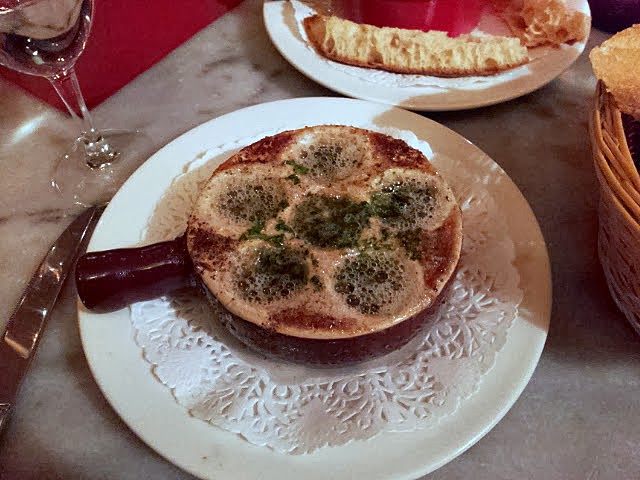 Dinner was at this fabulous restaurant called Chez Toinette where we had the most amazing French food. Started off with snails (which were yum) and Oeufs en cocotte and went on to the famous Boeuf Bourguignon, Steak au poivre with Potato Dauphinoise and Sea bass with olive oil and thyme 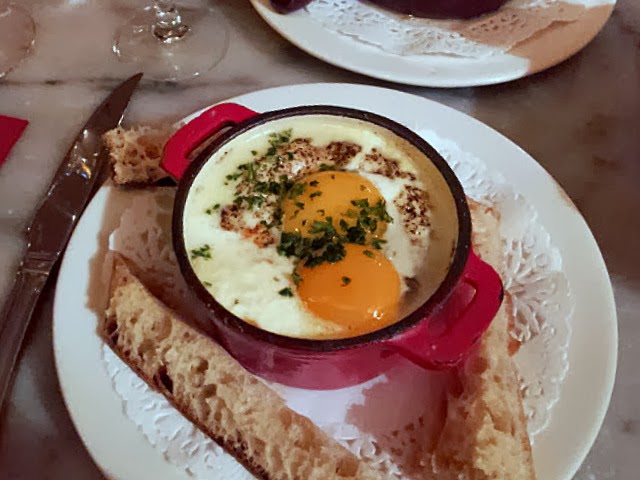 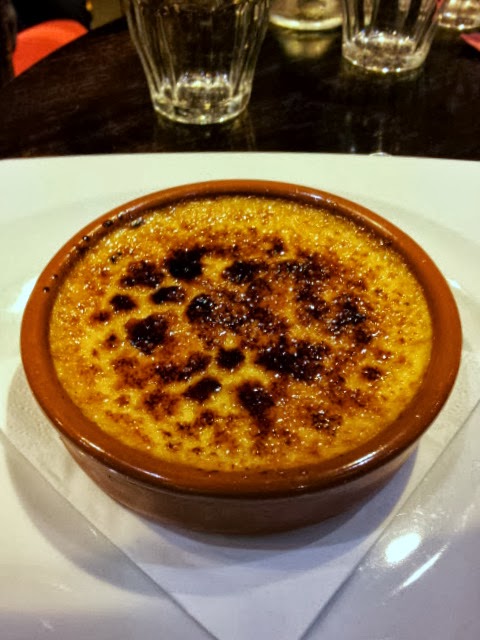 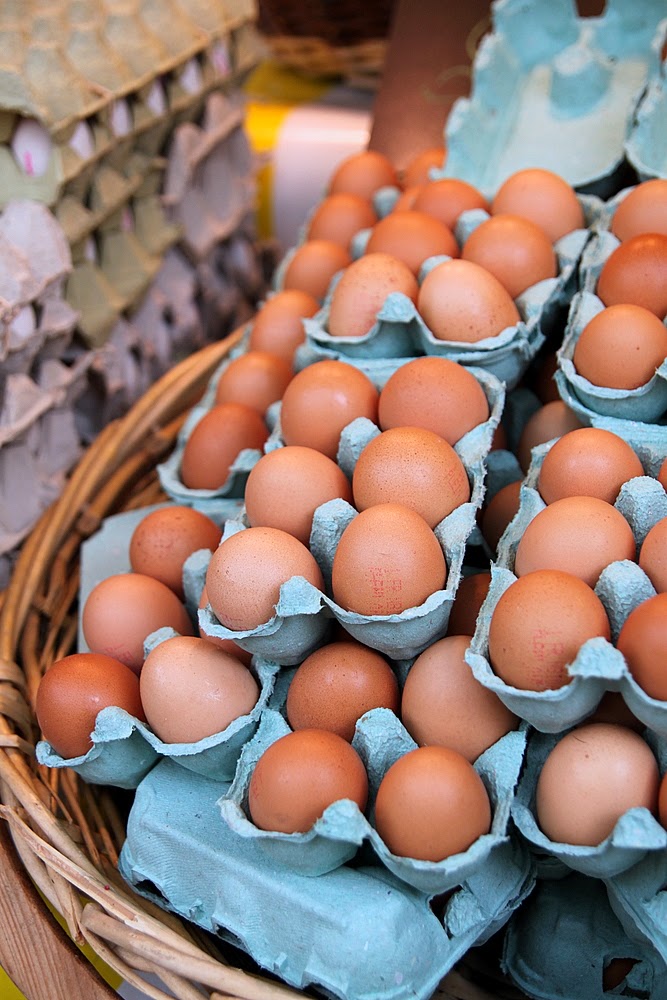 Day 2 started off with a visit to a farmers market 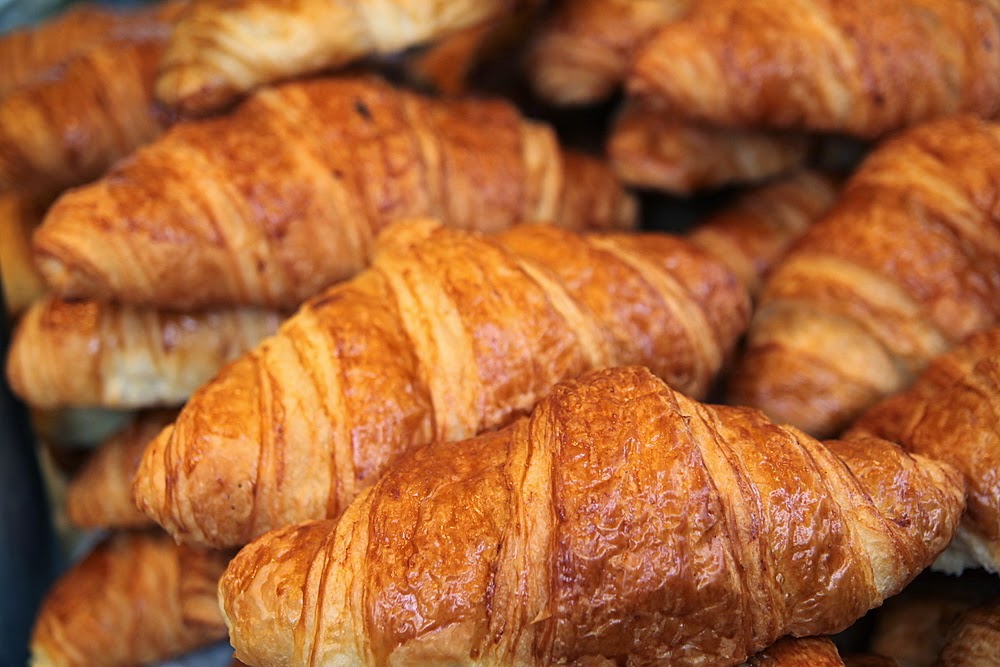 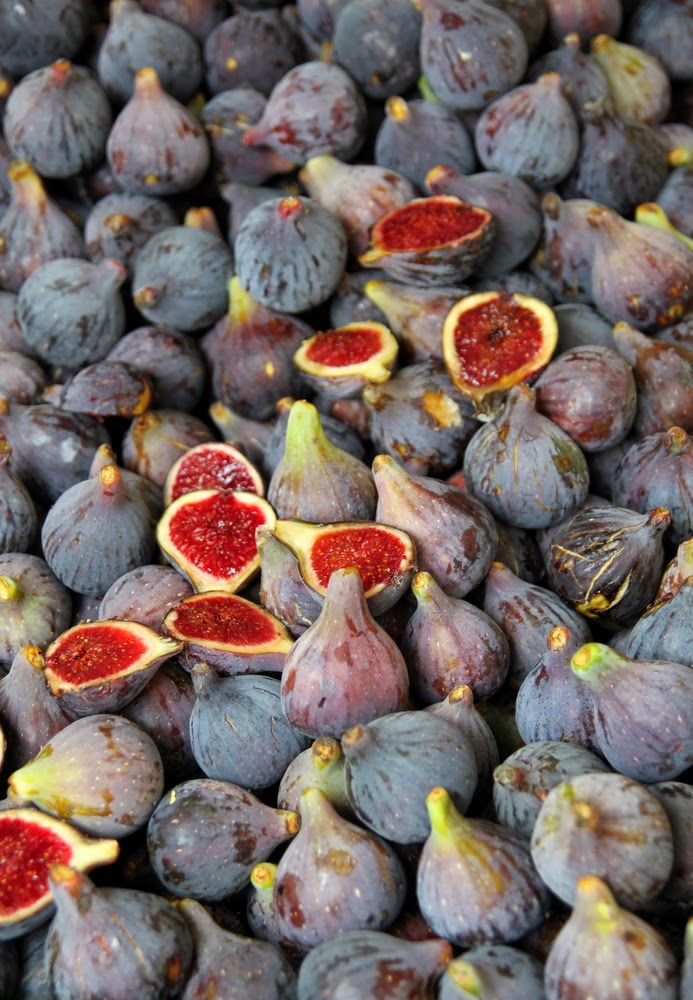 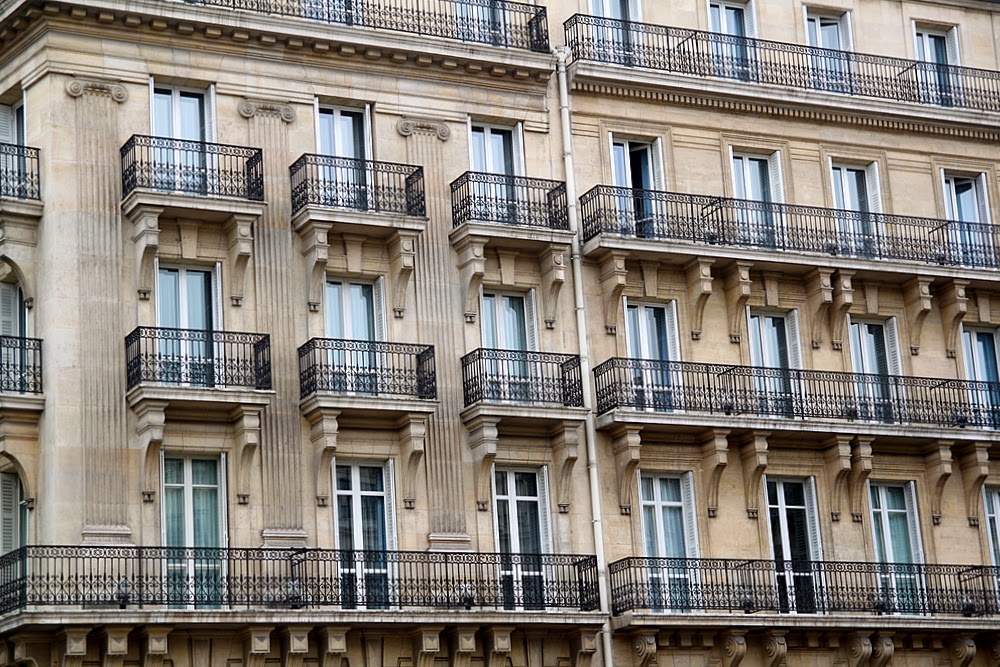 Fell in love with the balconies 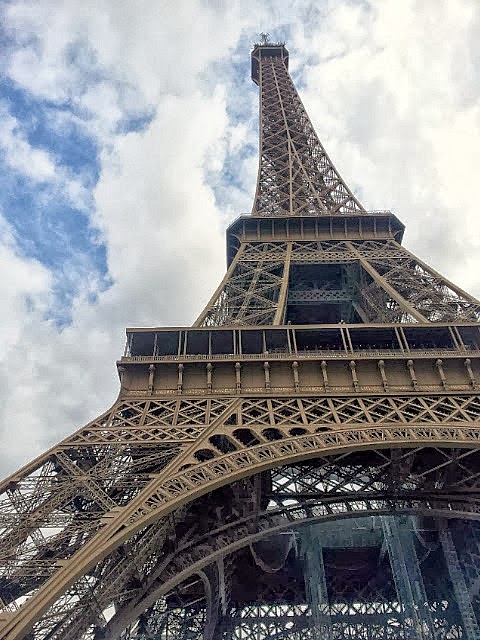 Eiffel..soaring high. I thought it was a bit over rated. In fact when i saw it from afar I thought it was the BT Tower (like we have in London)
My dream of kissing a guy under the Eiffel Tower is yet to come true. ONE DAY!!! 🙂 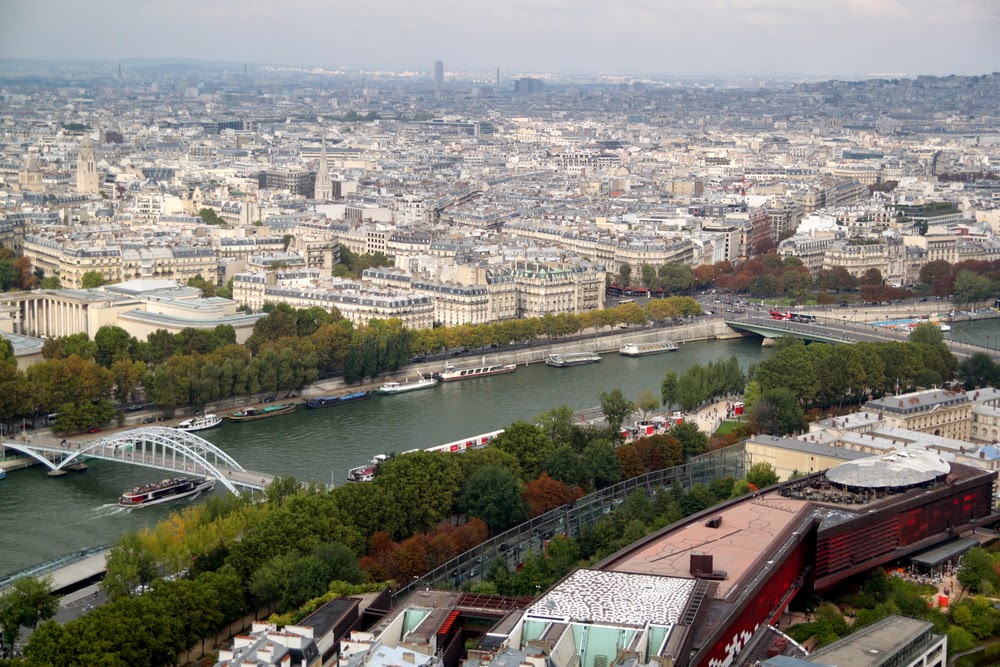 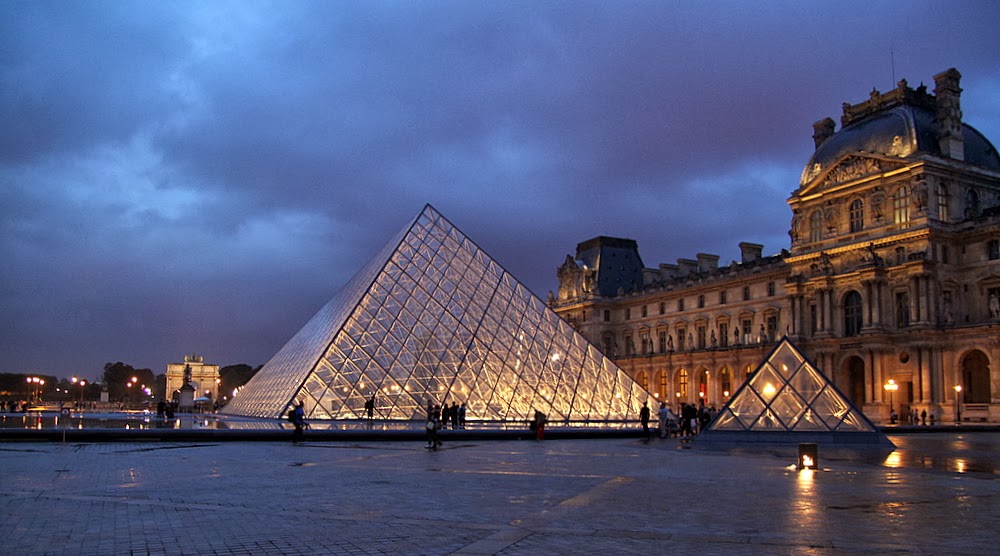 Le Louvre, I thought, was another one of those over rated places, but boy was I wrong. The mere magnificence of the exterior had me floored. I’m kicking myself for not having spent a day at the museum. Next time! 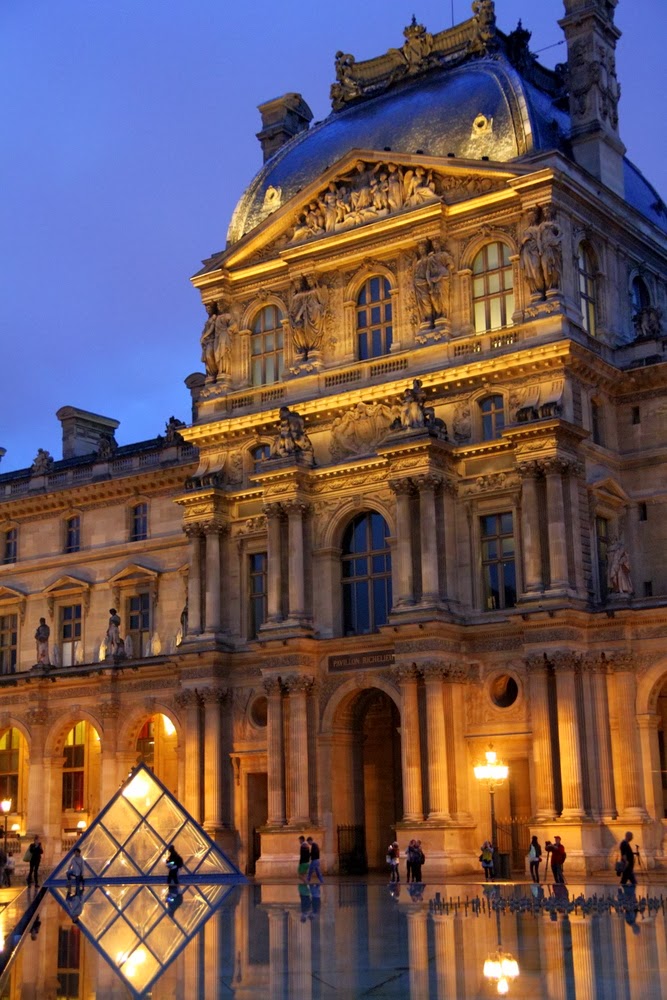 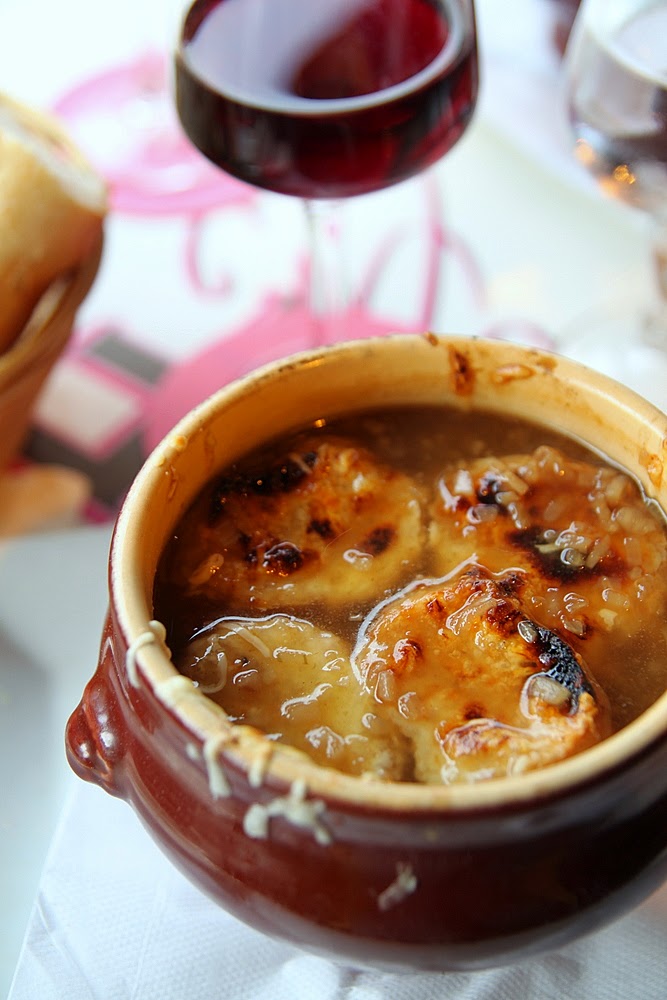 The French Onion Soup which was not that fab, but I HAD to give it a go. 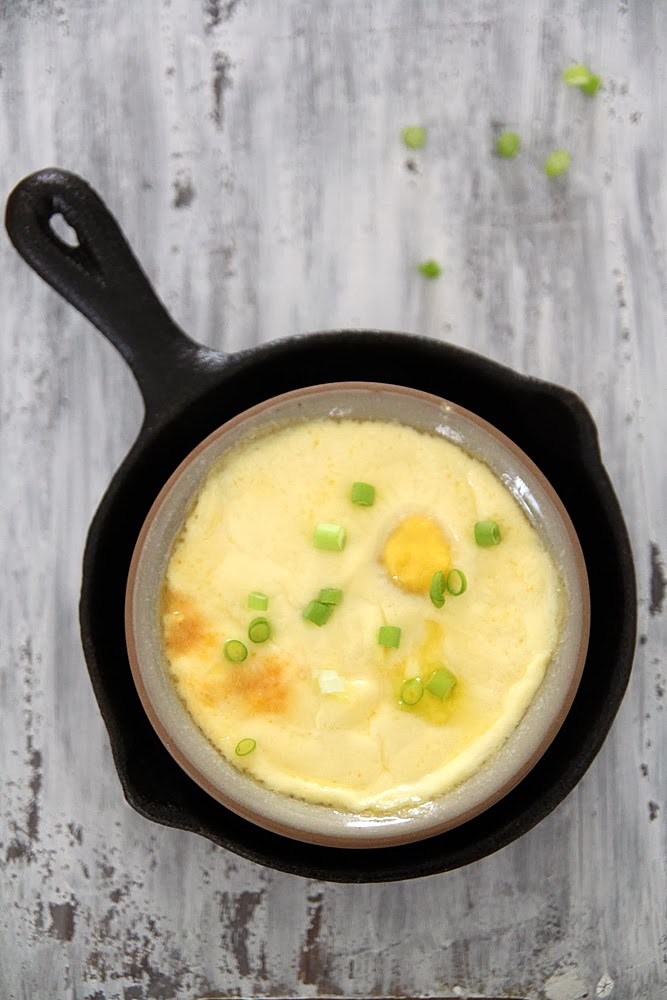 Pre heat oven to 187C.
Take a bit of butter and grease the ramekin
Pour in 1 tbsp of double cream into the ramekin and place into the pan containing simmering water over moderate heat.
When the cream is hot, break the egg into it and pour in the remaining tbsp of double cream over the egg.
top with the remaining butter and chuck into the oven along with the pan of water.
Cook for about 7 to 10 minutes..
Its done when the egg is set but still a bit wobbly. Make sure you don’t over cook the egg, or else it would turn hard. (which of course I managed to do)
Take it out of the oven but leave he egg in the water bath for about 7 to 8 more minutes after which you can season, add some herbs and enjoy.