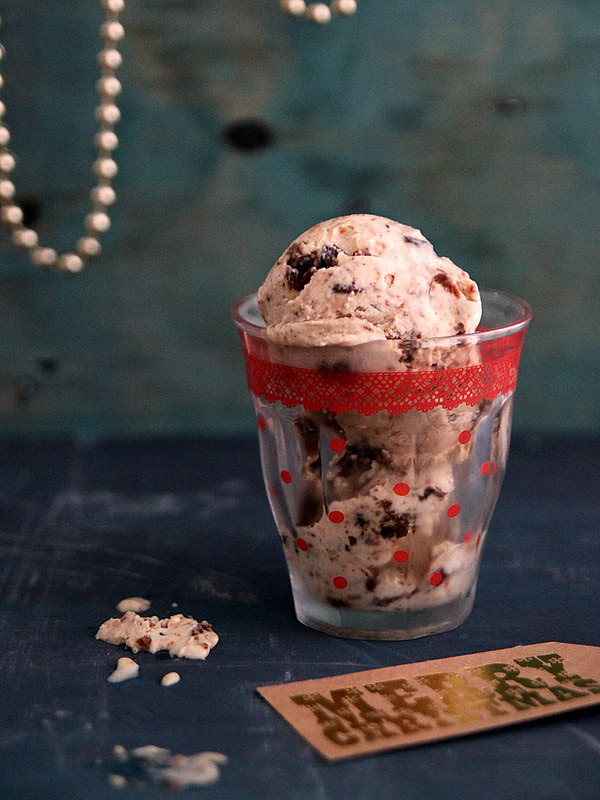 Last week, a bunch of us had a cook-along session on Google+ Hangout hosted by Great British Chefs and Tesco Real Food. We were cooking along with award winning Chef Galton Blackiston who runs Morston Hall, up at the Norfolk coast, and making Christmas pudding ice cream was on the agenda. It was my first time doing a hangout session like this and so was a wee bit nervous as to how it would churn out (pun intended).

We were asked to do a few preps before hand and jot down any relevant questions we wanted to ask Chef Galton during the session. It all went on extremely well and I’m completely amazed at how technology can just make things so much more convenient. I mean we were all in different parts of UK, in the comfort of our own kitchen and cooking along with so much ease. Except for a few glitches with the audio at times, it was an absolutely well thought out session. Thanks to GBC for this fantastic opportunity and to Chef Galston for the demo. You can watch it here. 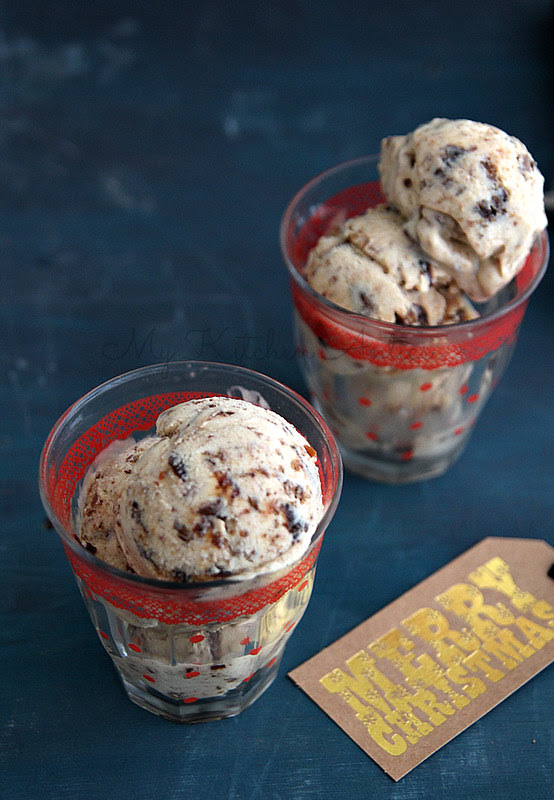 Now, I know its not the perfect weather for ice cream, but really this one needs to be made this Christmas y’all. We are all going to od on Christmas pudding and even worse, have tonnes of it left over. Chucking them into a custard base and churning them to make fabulous ice cream is THE way to go about using whats left over. I am not a big pudding fan or for that matter an ice cream fan, meaning I can just about have a slice or scoop of each, but when the two come together it just makes it so much better.

I had to try hard to not keep eating spoonfuls of custard while it was cooling down. So the ice cream base is a really good one, to experiment with. You can use it as it is with a kick ass sauce, chuck in some candied fruits, or add some nuts and such to make it appealing. Its pretty basic and except for the whisking bit, doesn’t really take too much time. Those in India, remember the rum and raisin ice creams we get..well this ones sort of like that.. but a whole lot boozier..who’s complaining about that now? 🙂 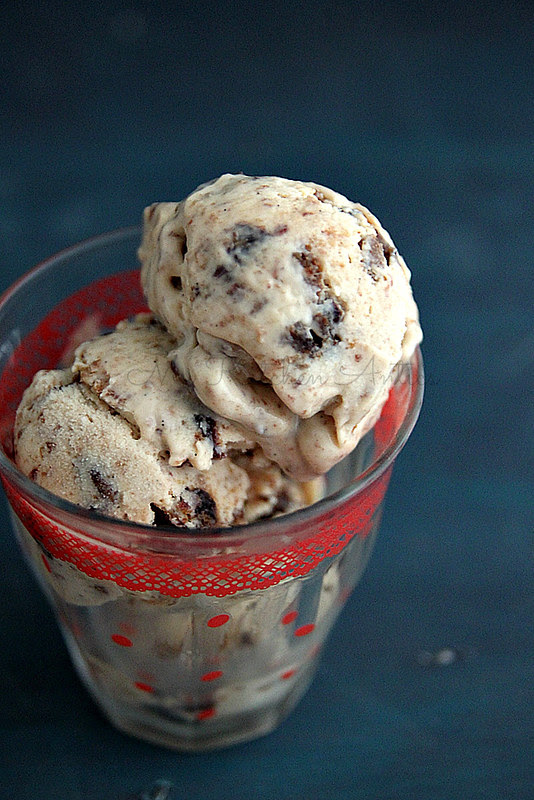 Add the cream and milk to a sauce pan and scrape in the vanilla seeds along with the pod.

Place the pan over medium high heat and bring to a gentle simmer.

Remove from heat and set aside to infuse for about 30 minutes or so.

In a bowl whisk together the egg yolks and sugar till pale and smooth.

Bring the cream and milk mix back to a simmer.

While whisking the egg, slowly pour  in the cream.

Pour the mix back into a saucepan and place over low heat.

Keep stirring continuously till you have a thin layer of custard that coats the back of the spoon.

At this point, take the saucepan off heat and pass the custard through a sieve into a bowl.

Allow to cool completely. Lay cling film on top of the custard to prevent a skin from forming.

If you want to speed up this process, place the bowl over an ice bath and keep stirring till it turns cool. I actually chucked it into the refrigerator for a while.

Once cool, you can either churn it in an ice cream maker, stirring in the Christmas pudding once the mixture begins to thicken and then freeze till ready to use.

If you don’t have an ice cream maker, then pour the custard into an air tight container and freeze for about 30 to 45 minutes or till just about set.

Take it out, whisk well and then fold in the Christmas pudding gently, to not break it up too much. 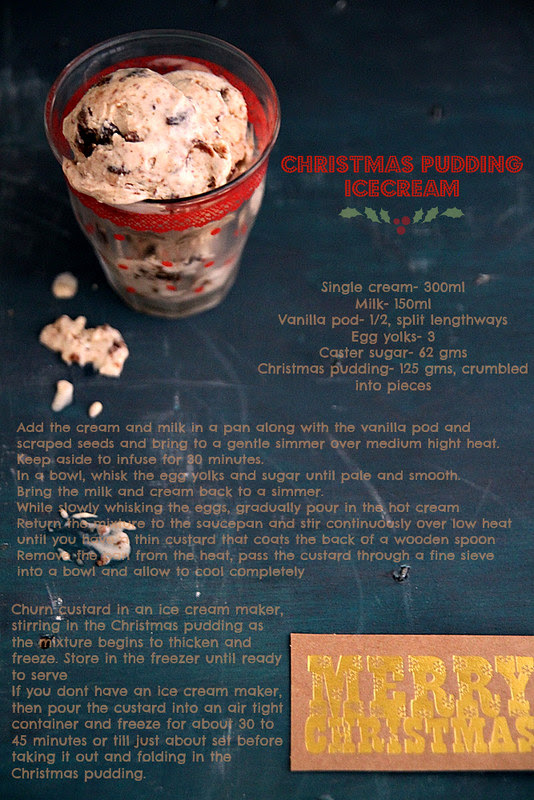 Notes: This is a halved recipe

My air tight container was really good and so i only had to whisk the custard twice, at 1hr intervals and it was perfect. I also added the pud into the custard the first time and kept whisking gently each time.
I may not infuse the cream for 30 mins next time. Couldn’t really find much difference.


I was paid for the ingredients and the time. Thanks GBC