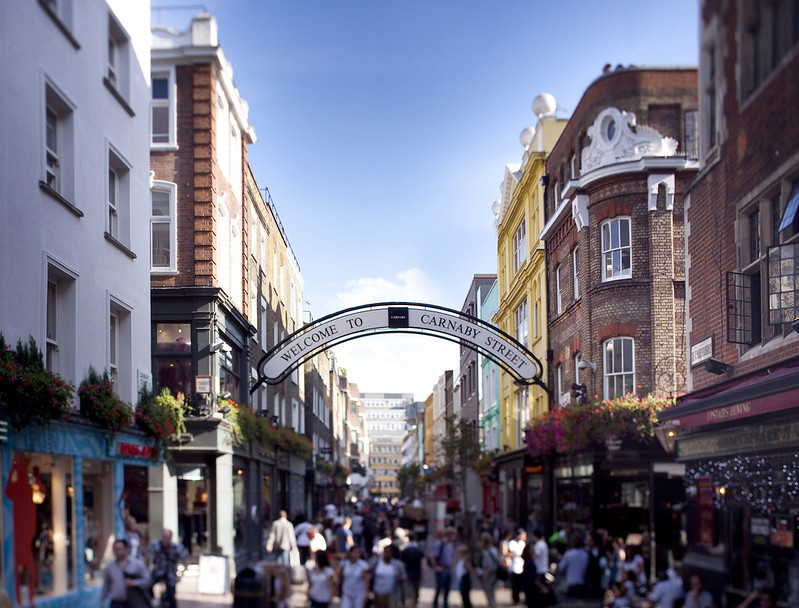 Carnaby Street is this bustling street lying parallel to Regent Street, and one that is a must visit if you are in London. Its very close to Oxford circus tube station and getting there is really easy. Its got a whole lot of retails outlets and some really cool places to eat, plus bars and clubs as well and the first time i went there i was in awe of what lies behind some of London’s main streets- the back alleys are the best way to explore the heart of London.

The Carnaby Street Eat is a free one day International Food Festival with 40 of the area’s best restaurants, bars and cafe’s taking part. From Hawaiian to Indian to Italian to Japanese there will be the chance to experience the sights, smells and flavours of over 15 international cuisines. Last week, a couple of us food bloggers were invited to a preview show of the Street Eat fest where we got a sneak peak at whats in store on the 20th of July. It was one fun evening where we restaurant hopped till about 11.30 in the night and i think i ate and drank so so much, i thought id be put off both for a really long time. That feeling lasted till 8am the next morning when i woke up with a grumbling stomach. 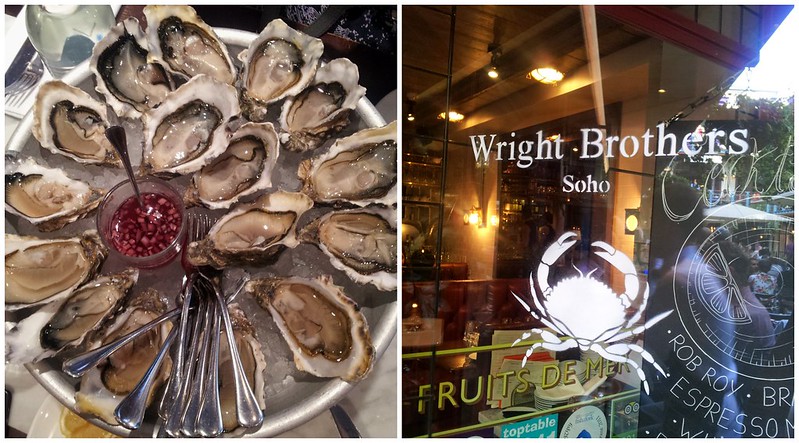 We started off the evening bonding over Prosecco and smoked salmon at The Wright Brothers. A restaurant that boasts about sourcing some of the best oysters, sustainable fish and finest seafood and bring them to you in the most delicious of ways. I will never forget this restaurant because it was the first time i ever had oysters. After the head chef gave us an introduction to oysters, May of Eat Cook Explore patiently told me how to go about eating it and, i, after much coaxing went ahead and tried it. I must say, it wasn’t bad at all. I mean the shallot vinaigrette which i generously doused over the oyster made a lot of difference, but i am a convert and i shall definitely try them again. Head on over there to taste some of their tasty grub, and they’ll even show you how to shuck the oysters. 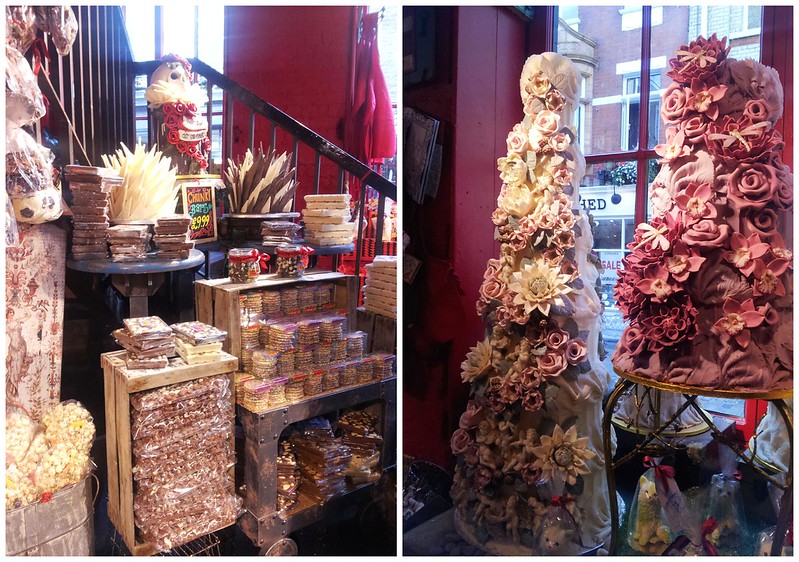 Next stop was the funky Choccywoccydoodah which is like a cake haven. The interior is filled with trippy creations made with chocolate cakes and unique chocolate gifts. They took us to their secret tea room which is done up, like someone said, Alice in Wonderland theme. Very colourful with loads of mismatched furniture and accessories. If you want to enjoy a different sort of afternoon tea, you know where to head to. On the day they will be giving out free chocolate samples and Kiss FM DJ will be spinning the decks. 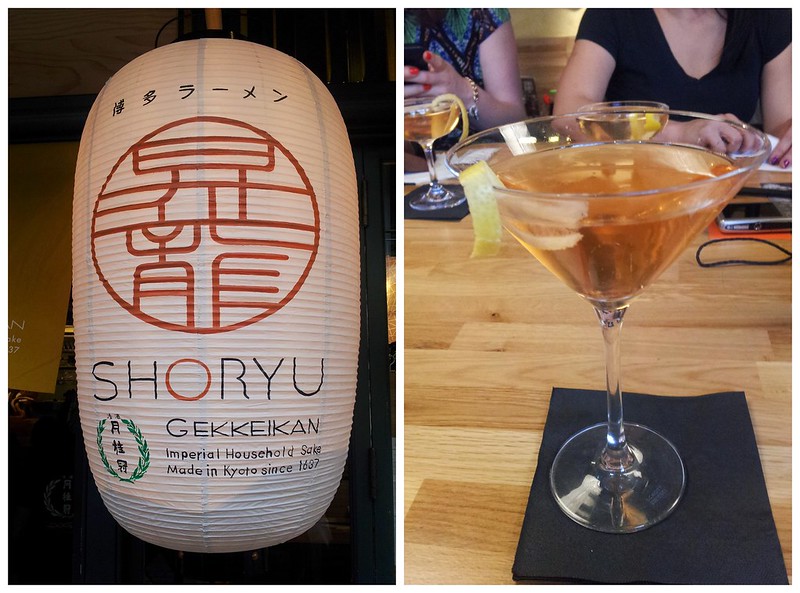 We then walked back to Shoryu in Kingly Court where we tasted some amazing Japanese yatai style street food. The dumplings and steamed bun with pork and beef were to die for. I would tell you to not miss them this Sunday. They would be serving their signature hirata buns and gyoza’s. After downing a sake cocktail we moved over to Whyte & Brown where we got to enjoy some craft beers. I really enjoyed the Honey Beer and the dessert which was a fabulous Exotic Mess with tropical fruits like pineapple, bananas and passion fruit was what hit the spot for me. However, i must admit, that a few spoons down and the sweetness was getting to me. The beer helped and after a quick loo run we moved on to the next restaurant. 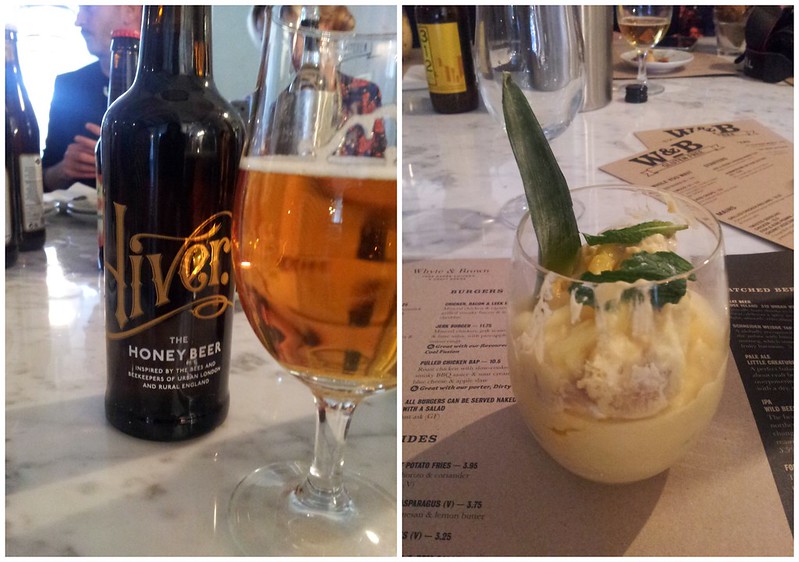 By this time we were filled to the gills, at least I was and we still had 3 more restaurants to hit. Off we went to Cha Cha Moon, a Chinese noodle bar where we again had cocktails, dumplings, steamed broccoli (which btw was simply out of this world) and Singapore noodles which most of us packed because we just couldnt eat. A few bloggers had already left by then and I was contemplating on whether to leave or not when Scarlett told me were off to Rum Kitchen to have some more drinks. Well, that did it for me and off i scampered with the rest of the gang to this Caribbean themed restaurant and cocktail bar. We all ordered the same cocktail Rumbustion which I couldn’t finish..like for the first time ever, i couldn’t finish a cocktail. This evening sure had some firsts for me 🙂 Head on over there to sample delights including roast pumpkin and chickpea curry, saltfish fritter and jerk chicken wings.
Last and final stop was the American diner Stax where we sampled like a gazillion milkshakes all spiked with alcohol. My favourite was the cookies and cream shake which had oreos and whipped cream. I was so high on food by this time i just couldn’t eat or drink any more. It was such a fun evening and a very different one from the usual and I enjoyed myself so so much. The fact that it was a small crowd made it even more fun and I went back home with a whole new set of blogger friends. 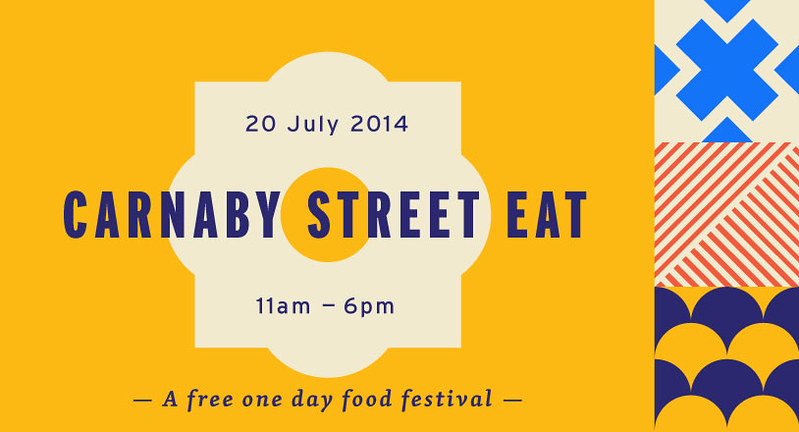 Carnaby Street Eat is on the 20th of July from 11am to 6 pm and the weather is promising to be really good so I’m planning to head out there for lunch. There will be live cooking demo’s, music and other fun activities- a perfect day out for the young and old alike.

With thanks to Sister PR for inviting me to the event. All opinions are my own and I wasn’t paid to do the review.